Listen to a conversation between a student and his Biology professor.

S: Dr. Russell, I was hoping to discuss my term paper with you I'm getting a little bit stuck here. 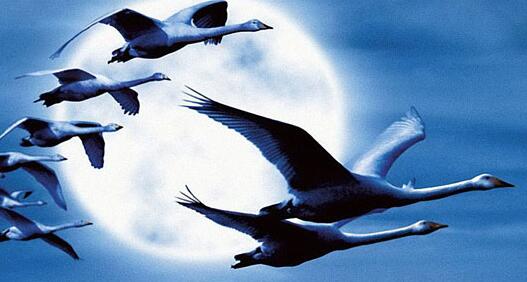 S: Well, I wanted to write about bird migration, but I'm having trouble finding enough sources.

P: You're having trouble finding sources on bird migration

S: No, actually, on the particular aspect of bird migration that I want to write about.

The thing is, I wanted to write specifically on early theories of bird migration...describe some of the theories. Like how Aristotle thought that birds changed into different species during the winter. Or how other naturalists thought that bigger birds carried smaller birds to warmer spots for the wintertime. But I've only got a couple of books to work with right now.

P: Hm...I have to admit that it's an interesting topic, and you certainly seem excited by it. But remember I told you all to ask yourselves how your topic is going to help you show that you can apply what you've learned this semester. A summary or description is not really what I'm looking for as much as your analysis of a certain topic.

S: I guess it's not really what we're supposed to do, huh

P: Right. So, how about we think about some other ideas for your paper. I mean you don't need to discard the idea completely... but... take a really different focus. Um... for example...you could present what you think are some reasons-the rationale-behind some of the erroneous theories early naturalists had. But, you'll be supporting your views with current research; those are the sources you'll need to seek out.

P: There you go! That's exactly what I mean. You're showing that you're thinking about the topic, not just telling me what you read.

P: If I were you, I would stick just with migration research. Remember, this is only a 15-page paper.

P: But it's great that you're finding this all so interesting. I want you to come back to see me in a week so we can take a look at the new direction in your paper and evaluate the sources you've found in the meantime.

通过说这个topic来验证自己理解了老师的意图change the topic from ancient to recent

Male Student：I want to write about the birds that do not migrate. They hibernate during winter.

问题一：Why does the student go to see the professor?

问题二：How does the professor help the student?

答案：(A)通过说这个topic来验证自己理解了老师的意图he understands what the teacher said.

问题五：Listen again to part of the conversation. Then answer the question.

S: Well, I wanted to write about bird migration, but I'm having trouble finding enough sources.

P: You're having trouble finding sources on bird migration

What does the professor imply when she says this: "You're having trouble finding sources on bird migration... "