Listen to part of a lecture in a contemporary art class.

Ok, I’m going to begin this lecture by giving you your next assignment. Remember I said that at some point during this semester I wanted you to attend an exhibit at the Fairy Street Gallery and then write about it? Well, the exhibit that I want you to attend is coming up. It’s already started in fact, but it’ll be at the gallery for the next month, which should give you plenty of time to complete this assignment.

The name of the artist exhibiting there is Rose Frantzen. Frantzen’s work may be unfamiliar to you since she’s a relatively young artist. But she’s got a very unusual style, compared to some of the artists we’ve looked at this term. But anyway, Frantzen’s style is what she herself calls Realistic Impressionism. So you’ve probably studied both of these movements separately, separate movements, Realism and Impressionism, in some of your art history courses. So who can just sum these up? 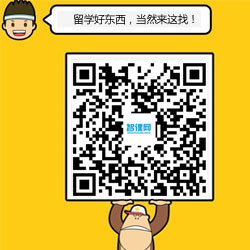 Well, Impressionism started in the late 19th century. Um…the basic impressionist style was very different from earlier styles. It didn’t depict scenes or models exactly as they looked. Um… Impressionist painters tended to apply paint really thickly, and in big brushstrokes, so the texture of the canvas was rough.

Good. What else? What were the subjects?

Well, a lot of impressionist artists painted everyday scenes, like people on the streets and in cafes, uh, lots of nature scenes, especially landscapes.

Good. So when you go to the exhibit, I really want you to take a close look at a certain painting. It’s a farm scene. And you will see it right as you enter the gallery. The reason I think this painting is so important is that it stresses the impressionist aspect of Frantzen’s style. It’s an outdoor scene, an everyday scene. It’s kind of bleak, but you can really see those broad brushstrokes and the blurry lines. The colors aren’t quite realistic. The sky is kind of, well an unnatural pinkish yellow. And the fence in the foreground is blue, but somehow the overall scene gives an impression of a cold, bleak winter day on a farm. So that’s the impressionist side of her work.

Like I said before, Uranium-Lead Dating has been with us for a while. But, um… until recently, in order to do it, you really had to study many individual grains. And it took a long time before you got results. It just wasn’t very efficient. And it wasn’t very accurate. But technical advances have cut down on the number of grains you have to study, so you get your results faster. So I’ll predict that Uranium-Lead Dating is going to become an increasingly popular dating method.

There are a few pretty exciting possibilities for Uranium-Lead Dating. Here is one that comes to mind. You know the theory that earth’s continents were once joined together and only split apart relatively recently? Well, with Uranium-Lead Dating, we could prove that more conclusively. If they show evidence of once having been joined, that could really tell us a lot about the early history of the planet’s geology...