If you could make one important change in a school that you attended, what change would you make? Use reasons and specific examples to support your answer.

Most of the schools I attended had excellent programs, courses of study, and instructors. Unfortunately, this was not the case at one of my schools. The foreign language program there needed both better planning and better instructors. If I could, I would make changes in three major areas.

The first change would be to offer third and fourth year language classes. This particular school had no language programs above the second year level. Students who started language classes in the first year were unable to continue their study of a foreign language beyond the end of the second year; this type of timeline for languages is detrimental to the goal of learning to use and speak a foreign language. This was frustrating for those of us who loved learning languages, in that it caused great struggle when students try to resume language studies in college after a two-year break.

Next, the foreign language program should be staffed with well-trained instructors. The current teachers in the program don’t speak the languages well enough. In our classes teachers frequently made errors in grammar, style, and pronunciation, all while the students repeated and memorized. If the teachers were well-trained, they would be good models for the students.

Finally, the materials in the language courses should be updated. They need to use modern technology. Even though the school has a computer laboratory, our language classes never used it. We were limited to using the assigned textbook. If language-learning software were available, the students could search the Internet for current, real-life materials, such as newspapers from other countries and other foreign language media.

Understanding people from other countries depends on being able to communicate with them. Poor language instruction makes this impossible. Improving the foreign language program would really make a difference to the students of that school. 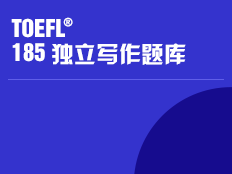