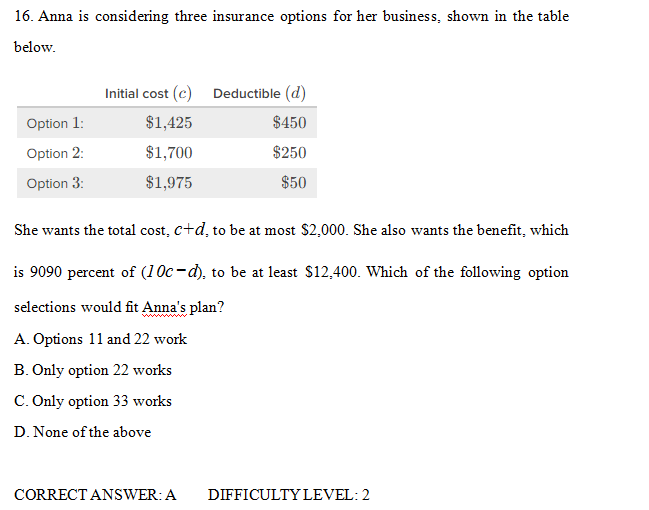 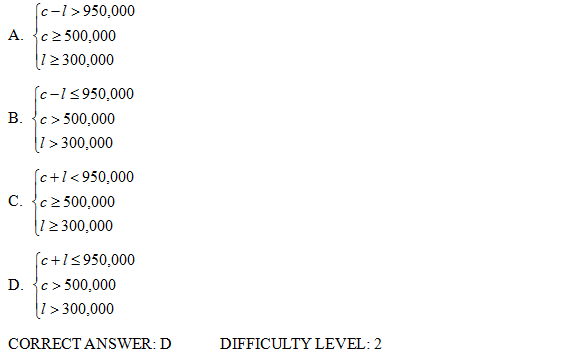 19.Tony is raising funds for his school soccer team by selling boxes of candy and t-shirts. His goal is to make more than $300 dollars overall. Each box of candy that Tony sells earns him $15, and each t-shirt sold earns him $20. If Tony wants to sell at least as many t-shirts as boxes of candy, then which of the following systems of inequalities best models the relationship between the number of boxes of candy, c, and t-shirts, t, described above? 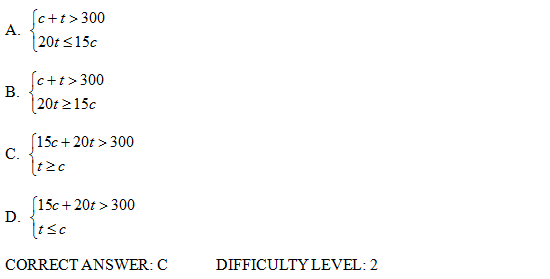 20.Arturo goes to his neighborhood store to purchase almonds and walnuts for an old family recipe. One pound of almonds costs $2, and one pound of walnuts costs $4. Arturo can spend at most $18 on almonds and walnuts. The graph at left, in the wa-plane, relates the number of pounds, w, of walnuts to the number of pounds, a, of almonds which Arturo can purchase and have enough for his recipe. Which of the following amounts of walnuts and almonds can he purchase? 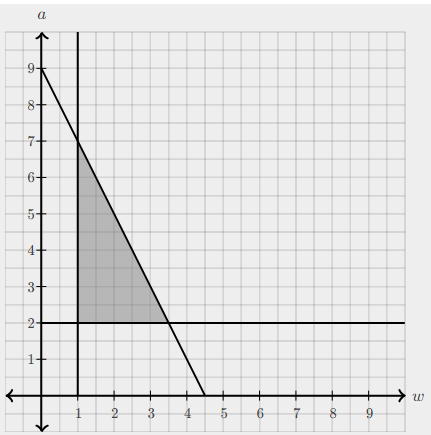