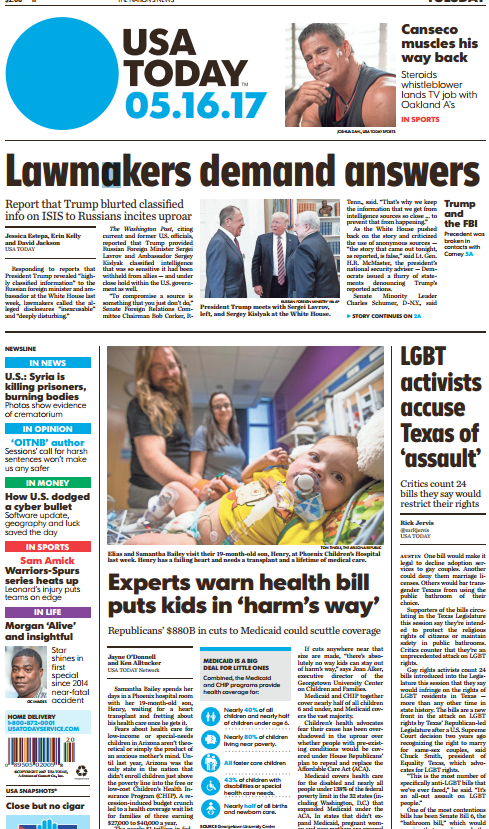 The Washington Post, citing current and former U.S. officials, reported that Trump provided Russian Foreign Minister Sergei Lavrov and Ambassador Sergey Kislyak classified intelligence that was so sensitive it had been withheld from allies — and under close hold within the U.S. government as well.

“To compromise a source is something that you just don’t do,” Senate Foreign Relations Committee Chairman Bob Corker, R

Tenn., said. “That’s why we keep the information that we get from intelligence sources so close ... to prevent that from happening.”

As the White House pushed back on the story and criticized the use of anonymous sources — “the story that came out tonight, as reported, is false,” said Lt. Gen. H.R. McMaster, the president’s national security adviser — Democrats issued a flurry of statements denouncing Trump’s reported actions