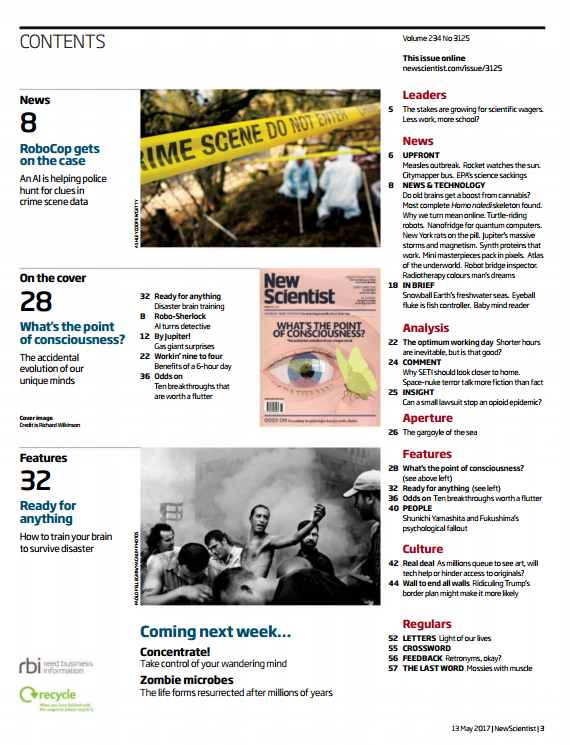 Air pollution plans THE UK government has finally published its plans to cut air pollution, after it lost a court case and was ordered to do so. But critics say the plans fall short of delivering real change

The plans suggest measures such as taking the most-polluting vehicles off the road, retrofitting local bus and lorry fleets to lower their emissions, removing road humps to improve traffic flow and encouraging more electric cars.

Air pollution is linked to an estimated 40,000 early deaths a year and 37 out of 43 areas across the UK are exceeding EU legal limits for nitrogen dioxide. A major source of this key pollutant is diesel engines, which the plans don’t commit to scrap.

the plans don’t commit to scrap. “A plan to help drivers swap polluting diesel for electric cars would be a good idea but the government’s proposal lacks scale and detail,”says Greenpeace UK’s Doug Parr.

THE turmoil continues at the US Environmental Protection Agency. EPA administrator Scott Pruitt (pictured above) has dismissed half the members of the 18-strong Board of Scientific Counselors, an advisory panel for the agency’s research arm. 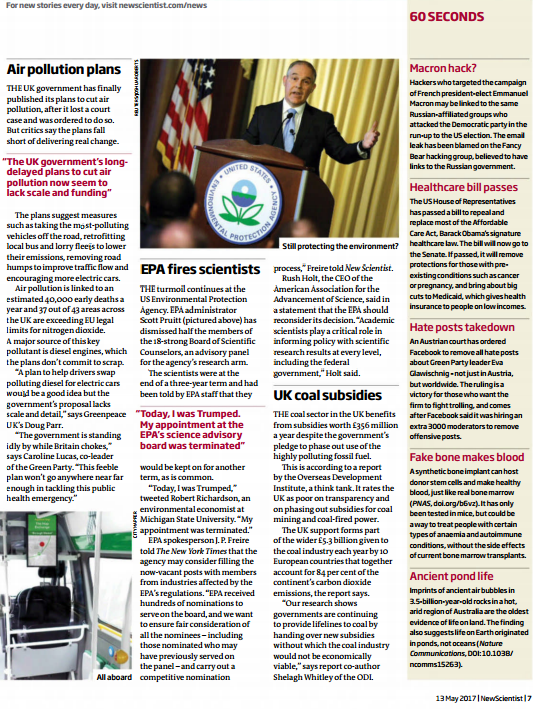