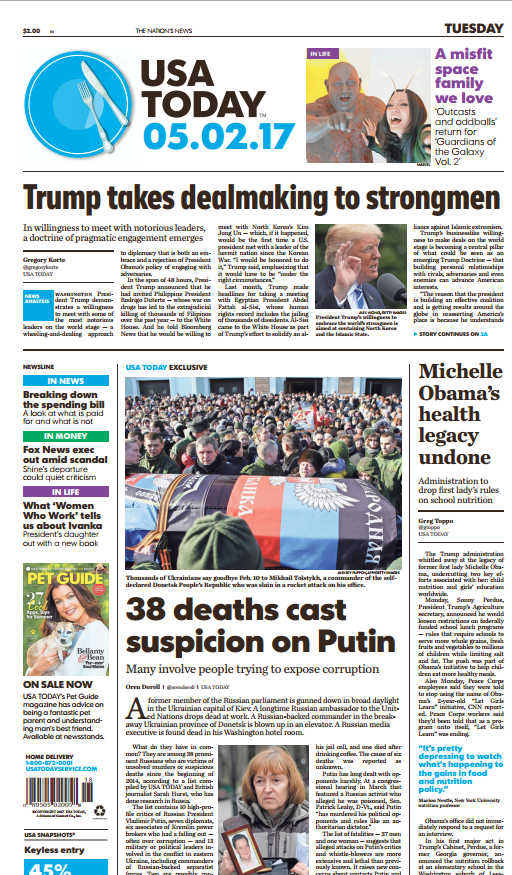 A storm system that killed at least 15 people across a wide swath of the nation over the weekend brought more weather havoc to the East on Monday.

By Tuesday, the cold front that drove the bad weather was forecast to head out to sea, AccuWeather meteorologist Jake Sojda told USA TODAY. That will bring a reprieve to the nation after a wave of killer storms and tornadoes over the weekend tore through an area stretching from Missouri to Texas and east into Mississippi and Alabama.

On Saturday and Sunday, tornadoes and floods killed four people in Texas, five in Arkansas 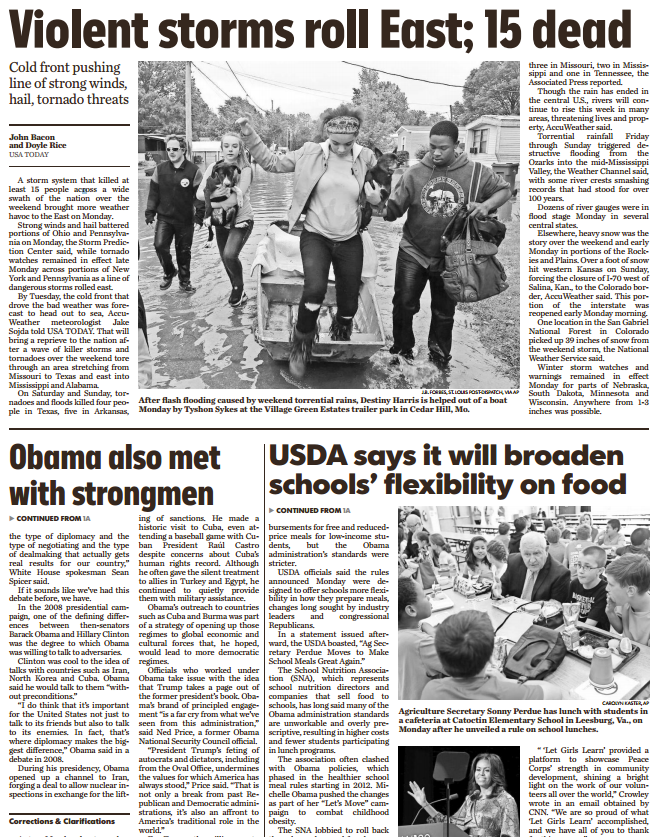