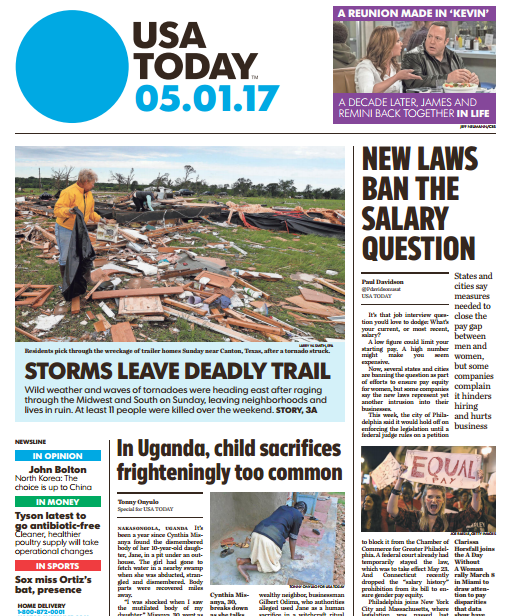 Hundreds of thousands of demonstrators are expected to take to the streets Monday in massive May Day events across the USA mostly protesting the policies of President Trump.

May Day — also known as International Workers’ Day — has spawned protests around the globe in past years highlighting workers’ rights. But on Monday, the impetus for the U.S. marches span from immigrants’ rights to LGBT awareness to police misconduct

“There’s a real galvanization of all the groups this year,” said Fernanda Durand of CASA in Action, which will lead a march of about 10,000 people for immigrants’ rights through downtown Washington. “Our presence in this country is being questioned by

Artemio Arreola, an organizer with the Illinois Coalition for Immigrant and Refugee Rights, speaks to advocates April 24. The group plans to march in a May Day rally in Chicago.

Donald Trump. We are tired of being demonized and scapegoated. We’ve had enough.”

Durand’s protest is part of the Rise Up umbrella movement that promises 259 events in more than 200 cities in 41 states focusing on immigrants’ rights, she said. Another widespread effort, dubbed Beyond the Movement, will feature a collection of racialjustice groups and include protests in more than 50 cities, from Portland, Ore., to Miami 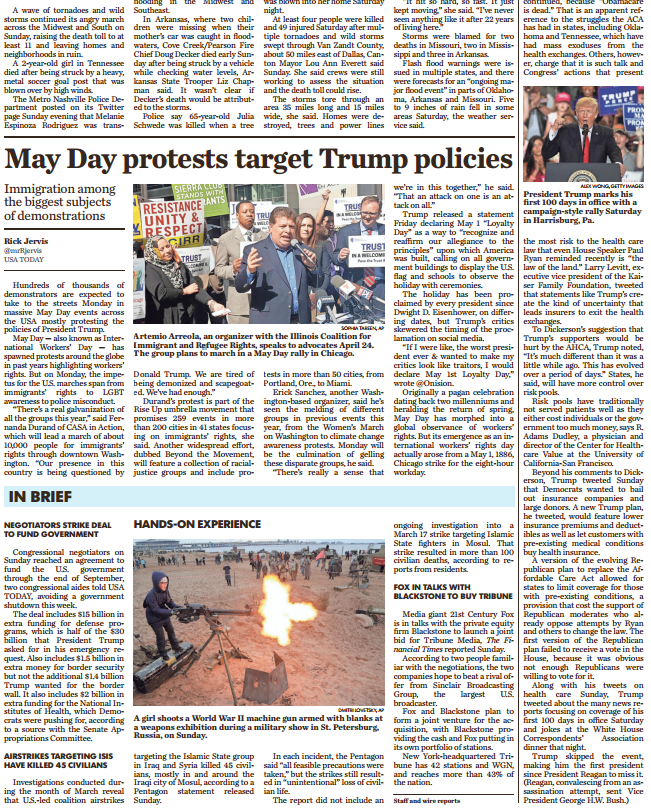