The United States is currently experiencing an unprecedented energy boom. Much of the upswing in American energy production ① is due to the reason of the exploration of oil and natural gas in formations made up of shale rock. Previously, these deposits had been unobtainable, but as a result of technological developments such as horizontal drilling and hydraulic fracturing, these previously untapped reserves are contributing to a massive upswing in the production of domestic oil and gas. One study by the Energy Information Administration predicts that by 2016, the United States will be pumping tea million barrels of oil a day, ② an amount that would equal the oil output gf Saudi Arabia, the long-time world leader in the production of oil. 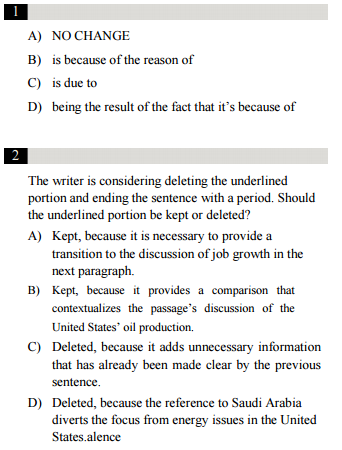 The sharp growth in energy production has had many social and economic impacts. One of these ③ affect is job growth. Petroleum engineers in particular have become some of the most sought after employees in the energy industry. Over the next decade, the job growth rate for petroleum engineers ④ are projected to be 26 percent, which is twice the average rate for all occupations in the United States. From 2009 to 2012, the number of jobs in the field of petroleum engineering ⑤plummeted from over 35,000 to 15,000.

The intense demand for petroleum engineers is due to the specialized nature of their work. When working in shale formations, petroleum engineers design and develop the methods for extracting oil and gas. In the Bakken ⑥ formation, a highly productive oil field located in North Dakota only 3.5 percent of the oil deposits in the rock are currently recovered. If a petroleum engineer is able to contribute to an increase in this rate of just a fraction of a percentage, it can mean millions of additional barrels 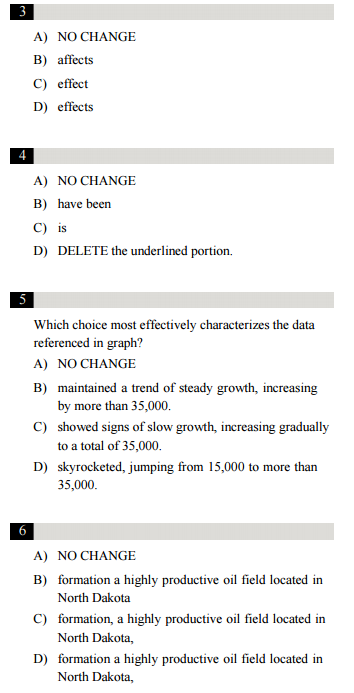 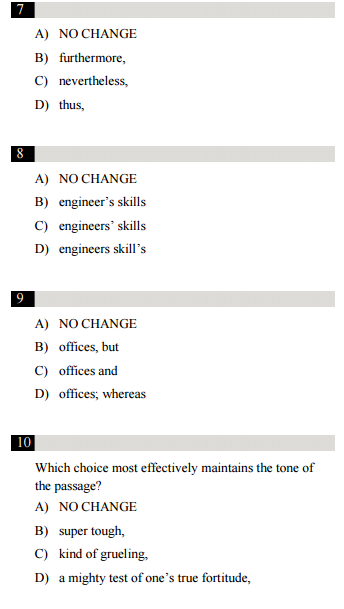 [4] Though the career is ⑩challenging, petroleum engineers work exciting jobs at the heart of the dynamic energy industry. ⑪ 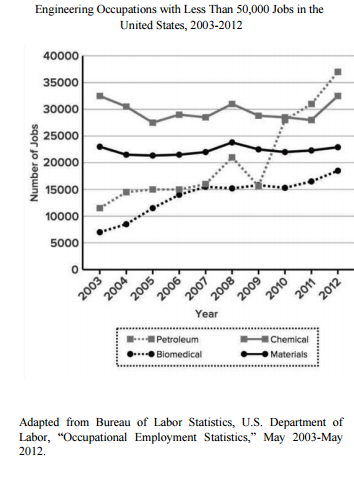 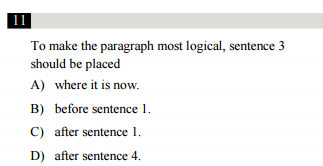