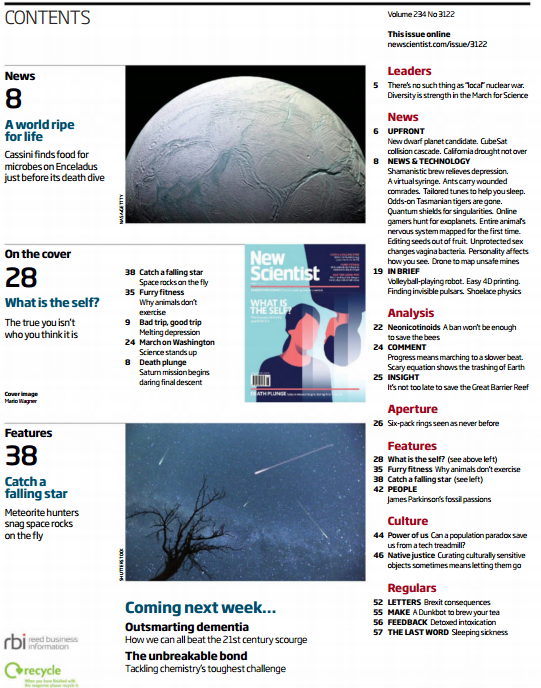 Talk of a ”localised nuclear conflict” is ignorant and dangerous

TWO and a half minutes to midnight. That was the time the Bulletin of the Atomic Scientists set their Doomsday Clock to just a few months ago – later than it has ever been except between 1953 and 1960, the height of the cold war H-bomb race. Among BoAS’s concerns were bellicose sentiments from Donald Trump and North Korea’s efforts to make its own nuclear weapons.

Those were prescient. Sabrerattling prompted a North Korean official to warn this week that “thermonuclear war may break out at any moment”. Given Trump’s apparent casualness about such a war, including tweets threatening unilateral action, the world feels more on edge than it has since the Cuban Missile Crisis.

An unwelcome development is the return of cold war chatter about “local” nuclear wars – the idea that a few warheads tossed around east Asia might be locally unpleasant but manageable on a planetary scale. This idea needs to be quashed. Quite apart from the difficulty in preventing a local conflict from growing into a largescale multinational war, those who study nuclear war scenarios say millions of tonnes of smoke would gush into the stratosphere, resulting in a nuclear winter that would lower global temperatures for years. The ensuing global crisis in agriculture – dubbed a “nuclear famine” – would be devastating. 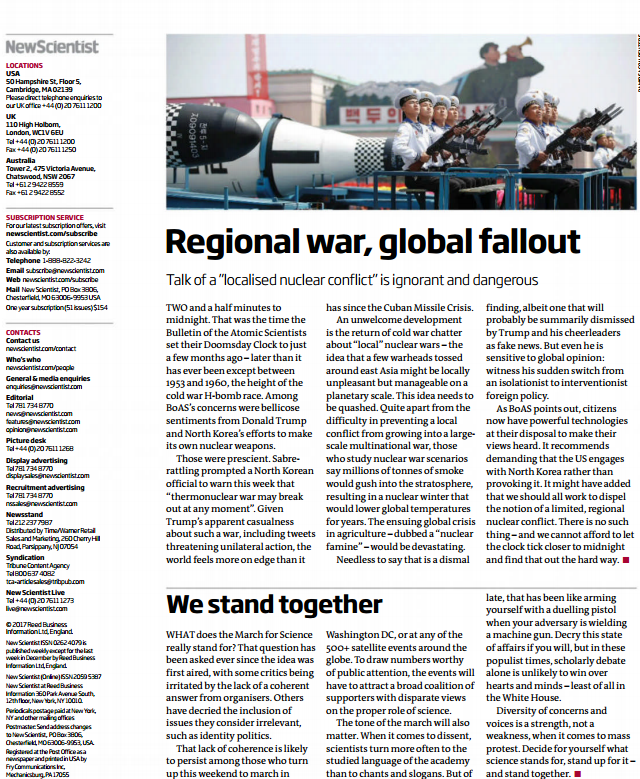