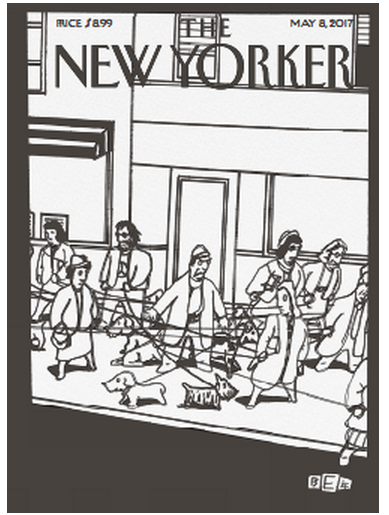 In this concise exhibition, Hewitt puts the genre of still-life through conceptual paces, exploiting its capacity for both withholding and divulging information. At #rst glance, the photographic series “Color Study” appears to be composed of variations of the same image—a trio of dahlias on a dark background—printed small and large, in black-and-white and in color. But look carefully and subtle shifts are revealed (note the leaves framing the %owers, which are arranged di"erently from image to image). For the series “Topographies,” items were photographed against wood surfaces and given classi#catory titles. An embroidered handkerchief is identi#ed as a “memory object”; a photograph of a well-worn copy of the post-colonialist philosopher Frantz Fanon’s book “The Wretched of the Earth” is noted as “mildly out of focus.” Throughout her cerebral project, Hewitt frustrates attempts to make simplistic sense of her aesthetic or political choices. Through May 13. (Sikkema Jenkins, 530 W. 22nd St. 212-929-2262.)

Painterly joie de vivre and political malaise face o" in Feinstein’s new show, which is titled “Who Cares.” Spoiler alert: apathy loses. “O" Color,” a big square canvas featuring brightly colored trapezoids in pinwheel formation, greets visitors with a wow at the door. In other works, Feinstein tempers ebullience with encroaching darkness. A white curtain is emblazoned with words and phrases lifted from political news coverage, a tempest of language in the artist’s handwriting. In the scenestealing “H(e)art Island,” a misty gray encroaches on a maplike abstraction, embellished with a hand-sewn heart shape. Named for Hart Island, the historic New York location of a now defunct psychiatric hospital and a potter’s #eld, it’s a melancholic tribute to the city’s forgotten. Through May 14. (On Stellar Rays, 213 Bowery, at Rivington St. 212-598-3012.)

Glazed ceramic #gures, clad in felted human hair, hang in the gallery from steel armatures in a show haunted by histories, both recent and Renaissance. Goldberg’s impressive sculptures are loosely modelled on Donatello’s gaunt statue “Penitent Magdalene,” which similarly paired a feminine face with masculine shoulders and feet. Her works also convey some of the anguish of the dismembered forms of the mid-twentieth-century Polish sculptor Alina Szapocznikow. But what Goldberg achieves most powerfully is the sense of bodies undergoing both trauma and regeneration. Her non- 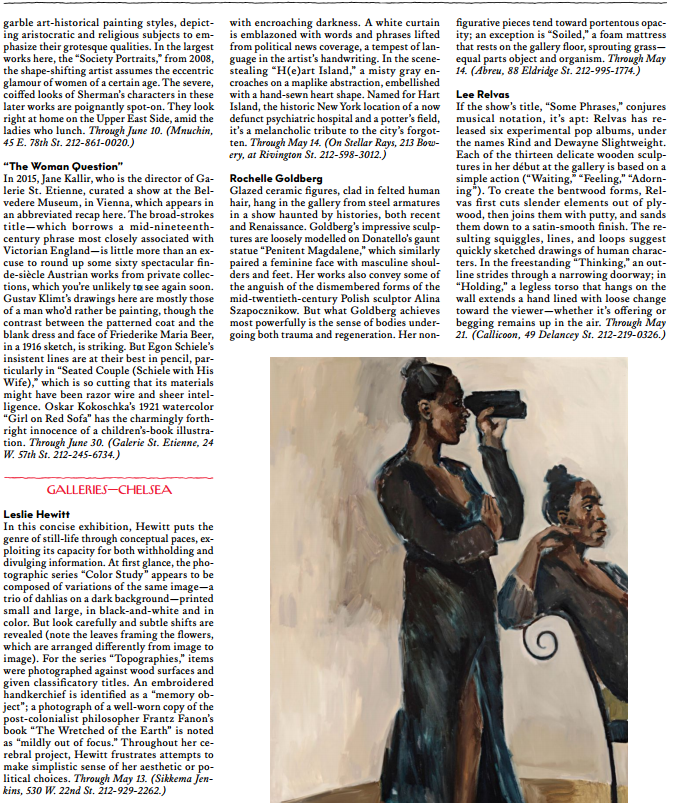