Questions 1-11 are bases on the following passage

When authoring his epitaph, Thomas Jefferson omitted his two terms as the nation’s third president yet included―Father of the University of Virginia.The Founding Father spent the last years of his life not in government but instead

pursuing one of his most treasured ①missions, it was creating the University of Virginia. As mastermind of the university‘s architecture and curriculum, Jefferson assured that his legacy was sound.

Jefferson personally designed and oversaw the ② construction, of what he would deem, an ―academical village.‖At the front and center of a tree-lined lawn area, Jefferson strategically positioned the Rotunda, a round brick building featuring classical Greek columns in front. The domed top of the rotunda contained a library stocked with 7,000 books selected by Jefferson himself, while the area beneath included two floors of oval classrooms. ③At that time, such prominent placement of the Rotunda was a marked departure from other universities‘ designs, which generally featured chapels for the training of clergy. 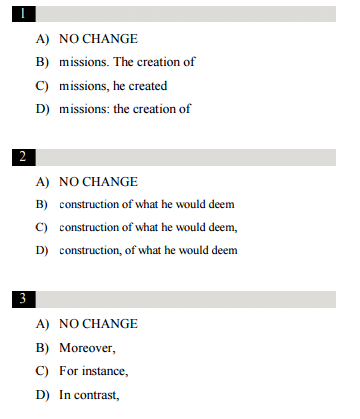 Maximizing use of the grassy area in front of the Rotunda, Jefferson added ten two-story Romanesque pavilions for faculty housing and connected them to student dormitories with colonnades, column-lined covered walkways. To ④ sustain faculty through scholarly debates, Jefferson included dining halls in his design, referring to them as"hotels."

⑤ In the spirit of his new nation, ending what he termed an ―artificial aristocracy,‖ Jefferson introduced the notion of what we now call electives. In lieu of a strictly dictated curriculum, students could select from ten academic disciplines.⑥ These disciplines were subject areas that ranged from ancient and modern languages to certain branches of science. (Not one to overlook the slightest detail, Jefferson showcased the ten categories by placing a carefully chosen Roman symbol on each of the ten pavilions.) 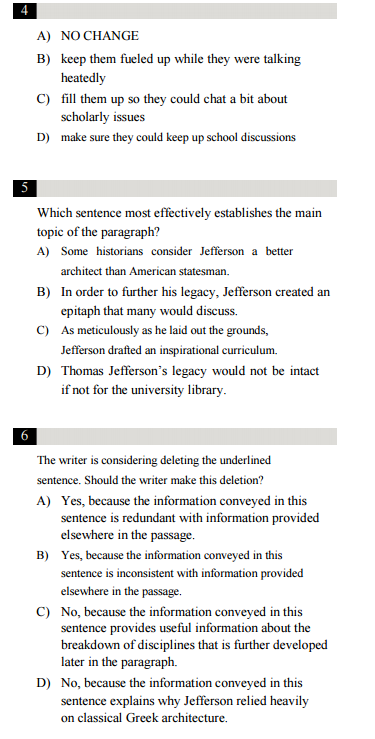 To support the science components of the university‘s curriculum, Jefferson ⑦ has included a botanical garden, an experimental farm, and an observatory.

⑧ Where as Jefferson was highly involved in designing the architecture of the university, Jefferson ensured that the university, which would later be named a World Heritage site, encouraged free choice in classes, respect for classical roots, and ⑨he was curious about the sciences. 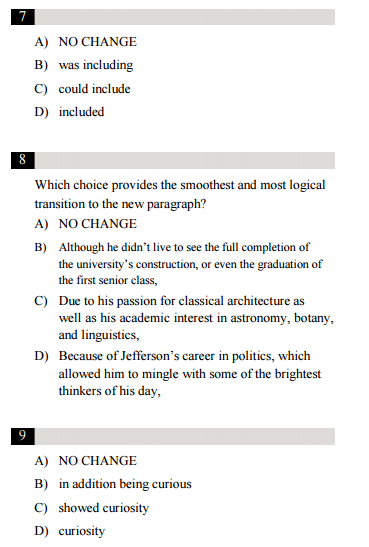 Those ⑩ principles are forever remembered in the last portion of his ⑪epitaph Theepitaph could easily have read"academic visionary for all Americans.' 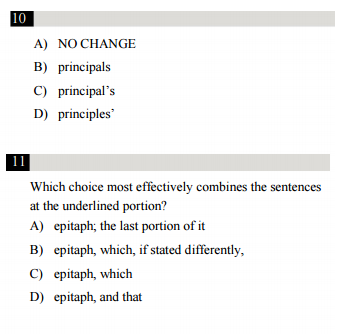