What is the predicted end-of-year value of a portfolio that begins the year with $200 in the stocks and $100 in bonds? 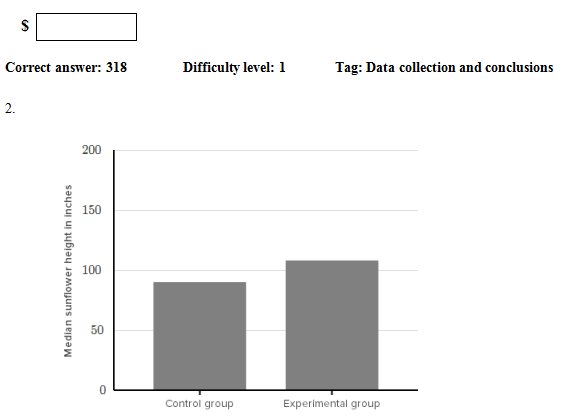 B.There is evidence of an association between the strength of magnetic field and height in sunflower plants.

D.Members of the control group were more likely to grow to less than100 inches than members of the experimental group.

3.A researcher wants to conduct a survey to gauge United States (U.S.) voters’ opinions about the U.S. Congress. Which of the following should NOT be a component of this survey?

D.The researcher distributes the survey to 10,000 residents of a Washington D.C. neighborhood.

4.A scientist wants to collect data about the effects of gravity on the growth of soybean plants. To test her hypothesis that soybeans grow better in a zero-gravity setting, she randomly assigns the plants into one of two groups. The first group is grown in typical soybean growing conditions in a greenhouse on earth, and the second group is grown in a zero-gravity, yet otherwise identical greenhouse in a space station. Which of the following is the best description of the research design for this study?

5.A researcher representing a city government wants to measure public opinion about recycling by asking 1,000 randomly selected residents a series of questions on the subject. Which of the following is the best description of the research design for this study?

6.In order to determine whether children who have just watched cartoons will perform better on cognitive tasks than children who have not just watched cartoons, researchers randomly divided 60 preschoolers into three groups. For nine minutes, one group watched a rapid-paced cartoon, one group watched a slower-paced educational program, and one group colored. They then administered standardized tests to determine the immediate impact of the children’s previous nine minutes of activity. Which of the following is the best description of this type of research design?

A.An observational study, a study in which investigators observe subjects and measure variables of interest without assigning treatments to the subjects.

C.A sample survey, a study that obtains data from a subset of a population, usually through a questionnaire or interview, in order to estimate population attributes. 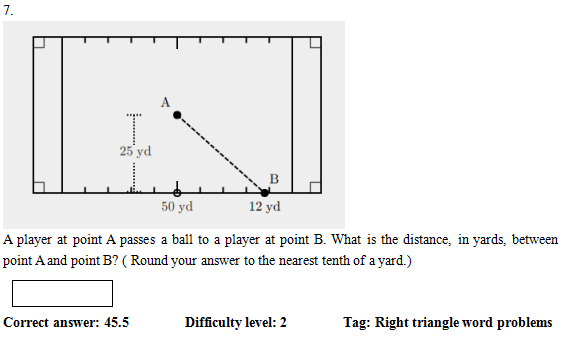 8.Wanahton’s rectangular baking sheet is 9 inches (in) by 13 in. To the nearest inch, what is the longest breadstick Wanahton could bake on his baking sheet? 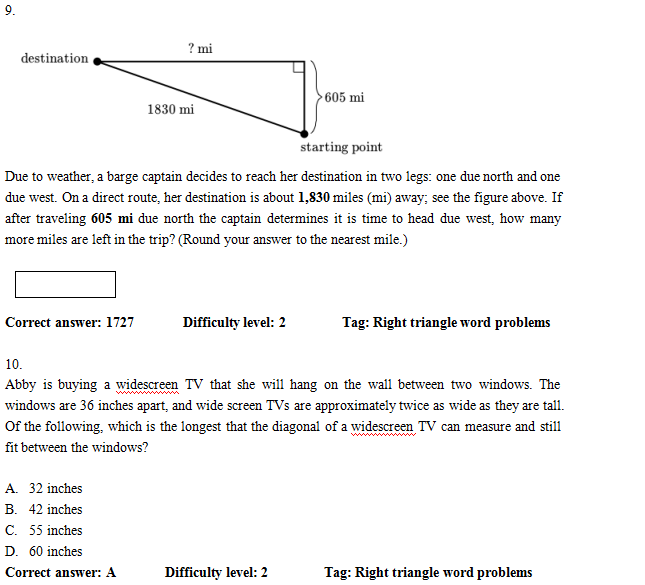