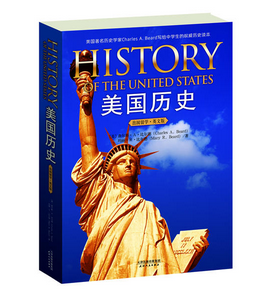 It is not upon negativefeatures, however, that we rest our case. It is rather uponconstructive features.

First. We have written a topical, not a narrative, history. Wehave tried to set forth the important aspects, problems, andmovements of each period, bringing in the narrative rather by wayof illustration.

Second. We have emphasized those historical topics which help toexplain how our nation has come to be what it is to-day.

Third. We have dwelt fully upon the social and economicaspects of our history, especially in relation to the politics ofeach period.

Fourth. We have treated the causes and results of wars, theproblems of financing and sustaining armed forces, rather thanmilitary strategy. These are the subjects, which belong to ahistory for civilians. These are matters which civilians canunderstand—matters which they must understand, if they are to playwell their part in war and peace.

Fifth. By omitting the period of exploration, we have beenable to enlarge the treatment of our own time. We have givenspecial attention to the history of those current questions whichmust form the subject matter of sound instruction incitizenship.

Sixth. We have borne in mind that America, with all her uniquecharacteristics, is a part of a general civilization. Accordinglywe have given diplomacy, foreign affairs, world relations, and thereciprocal influences of nations their appropriate place.

Seventh. We have deliberately aimed at standards ofmaturity.

The study of a mere narrative calls mainly for the use of thememory. We have aimed to stimulate habits of analysis, comparison,association, reflection, and generalization—habits calculated toenlarge as well as inform the mind. We have been at great pains tomake our text clear, simple, and direct; but we have earnestlysought to stretch the intellects of our readers— to put them upontheir mettle. Most of them will receive the last of their formalinstruction in the high school. The world will soon expect maturityfrom them. Their achievements will depend upon the possession ofother powers than memory alone. The effectiveness of theircitizenship in our republic will be measured by the excellence oftheir judgment as well as the fullness of their information.

1 THE GREAT MIGRATION TO AMERICA

4 THE DEVELOPMENT OF COLONIAL NATIONALISM

PART III. FOUNDATIONS OF THE UNION AND NATIONAL POLITICS

7 THE FORMATION OF THE CONSTITUTION

8 THE CLASH OF POLITICAL PARTIES

9 THE JEFFERSONIAN REPUBLICANS IN POWER

As things now stand, the course of instruction in Americanhistory in our public schools embraces three distinct treatments ofthe subject. Three separate books are used. First, there is theprimary book, which is usually a very condensed narrative withemphasis on biographies and anecdotes.

Second, there is the advanced text for the seventh or eighthgrade, generally speaking, an expansion of the elementary book bythe addition of forty or fifty thousand words. Finally, there isthe high school manual. This, too, ordinarily follows the beatenpath, giving fuller accounts of the same events and characters. Toput it bluntly, we do not assume that our children obtain permanentpossessions from their study of history in the lower grades. Ifmathematicians followed the same method, high school texts onalgebra and geometry would include the multiplication table andfractions.

There is, of course, a ready answer to the criticism advancedabove. It is that teachers have learned from bitter experience howlittle history their pupils retain as they pass along the regularroute. No teacher of history will deny this. Still it is a standingchallenge to existing methods of historical instruction. If thestudy of history cannot be made truly progressive like the study ofmathematics, science, and languages, then the historians assume agrave responsibility in adding their subject to the alreadyoverloaded curriculum. If the successive historical texts are onlyenlarged editions of the first text—more facts, more dates, morewords—then history deserves most of the sharp criticism which it isreceiving from teachers of science, civics, and economics.