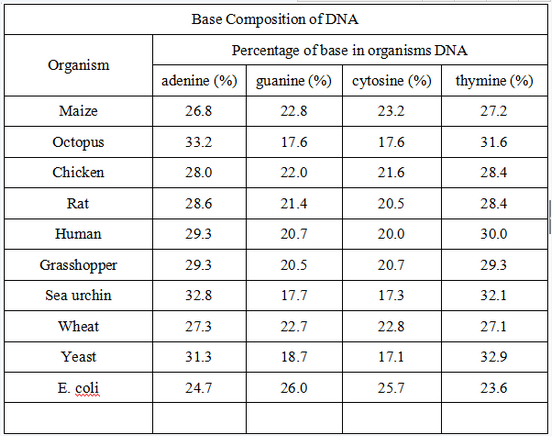 Based on the table, is the percentage of adenine in each organism's DNA the same or does it vary, and which statement made by the authors is most consistent with that data?

B . The same; The important point is that only certain pairs of bases will fit into the structure. (Paragraph 2)

C . It varies; Adenine, for example, can occur on either chain; but when it does, its partner on the other chain must always be thymine. (Paragraph 3)

D . It varies; It follows that in a long molecule many different permutations are possible, and it therefore seems likely that the precise sequence of bases is the code which carries the genetical information. (Paragraph 4)