This passage is adapted from Alan Ehrenhalt, The Great Inversion and the Future of the American City. ?2013 by Vintage. Ehrenhalt is an urbanologist—a scholar of cities and their development. Demographic inversion is a phenomenon that describes the rearrangement of living patterns throughout a metropolitan area.

1 We are not witnessing the abandonment of the suburbs, or a movement of millions of people back to the city all at once. The 2010 census certainly did not Line turn up evidence of a middle-class stampede to the nation's cities. The news was mixed: Some of the larger cities on the East Coast tended to gain population, albeit in small increments. Those in the Midwest, including Chicago, tended to lose substantial numbers. The cities that showed gains in overall population during the entire decade tended to be in the South and Southwest. But when it comes to measuring demographic inversion, raw census numbers are an ineffective blunt instrument. A closer look at the results shows that the most powerful demographic events of the past decade were the movement of African Americans out of central cities (180,000 of them in Chicago alone) and the settlement of immigrant groups in suburbs, often ones many miles distant from downtown.

2 Central-city areas that gained affluent residents in the first part of the decade maintained that population in the recession years from 2007 to 2009. They also, according to a 2011 study by Brookings, suffered considerably less from increased unemployment than the suburbs did. Not many young professionals moved to new downtown condos in the recession years because few such residences were being built. But there is no reason to believe that the demographic trends prevailing prior to the construction bust will not resume once that bust is over. It is important to remember that demographic inversion is not a proxy for population growth; it can occur in cities that are growing, those whose numbers are flat, and even in those undergoing a modest decline in size.

3 America's major cities face enormous fiscal problems, many of them the result of public pension obligations they incurred in the more prosperous years of the past two decades. Some, Chicago prominent among them, simply are not producing enough revenue to support the level of public services to which most of the citizens have grown to feel entitled. How the cities are going to solve this problem, I do not know. What I do know is that if fiscal crisis were going to drive affluent professionals out of central cities, it would have done so by now. There is no evidence that it has.

4 The truth is that we are living at a moment in which the massive outward migration of the affluent that characterized the second half of the twentieth century is coming to an end. And we need to adjust our perceptions of cities, suburbs, and urban mobility as a result.

5 Much of our perspective on the process of metropolitan settlement dates, whether we realize it or not, from a paper written in 1925 by the University of Chicago sociologist Ernest W. Burgess. It was Burgess who defined four urban/suburban zones of settlement: a central business district; an area of manufacturing just beyond it; then a residential area inhabited by the industrial and immigrant working class; and finally an outer enclave of single-family dwellings.

6 Burgess was right about the urban America of 1925; he was right about the urban America of 1974. Virtually every city in the country had a downtown, where the commercial life of the metropolis was conducted; it had a factory district just beyond; it had districts of working-class residences just beyond that; and it had residential suburbs for the wealthy and the upper middle class at the far end of the continuum. As a family moved up the economic ladder, it also moved outward from crowded working-class districts to more spacious apartments and, eventually, to a suburban home. The suburbs of Burgess's time bore little resemblance to those at the end of the twentieth century, but the theory still essentially worked. People moved ahead in life by moving farther out.

7 But in the past decade, in quite a few places, this model has ceased to describe reality. There are still downtown commercial districts, but there are no factory districts lying next to them. There are scarcely any factories at all. These close-in parts of the city, whose few residents Burgess described as dwelling in "submerged regions of poverty, degradation and disease," are increasingly the preserve of the affluent who work in the commercial core. And just as crucially newcomers to America are not settling on the inside and accumulating the resources to move out; they are living in the suburbs from day one. 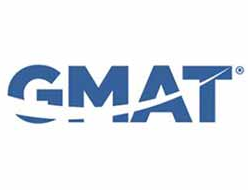 A . less growth in metropolitan areas of all sizes than had taken place in the 1990s.

C . a significant decline in the population of small metropolitan areas compared to the 1980s.