This passage is adapted from Carolyn Gramling, "Source of Mysterious Medieval Eruption Identified." &copy;2013 by American Association for the Advancement of Science.

4 Such a sudden onset pointed to a huge volcanic eruption injecting sulfur into the stratosphere and starting the cooling. Subsequent, unusually large and frequent eruptions of other volcanoes, as well as sea-ice/ocean feedbacks persisting long after the aerosols have been removed from the atmosphere, may have prolonged the cooling through the 1700s. Volcanologist Franck Lavigne and colleagues now think they've identified the volcano in question: Indonesia's Samalas. One line of evidence, they note, is historical records. According to Babad Lombok, records of the island written on palm leaves in Old Javanese, Samalas erupted catastrophically before the end of the 13th century, devastating surrounding villages&mdash;including Lombok's capital at the time, Pamatan&mdash;with ash and fast-moving sweeps of hot rock and gas called pyroclastic flows.

5 The researchers then began to reconstruct the formation of the large, 800-meter-deep caldera [a basin-shaped volcanic crater] that now sits atop the volcano. They examined 130 outcrops on the flanks of the volcano, exposing sequences of pumice&mdash;ash hardened into rock&mdash;and other pyroclastic material. The volume of ash deposited, and the estimated height of the eruption plume (43 kilometers above sea level) put the eruption's magnitude at a minimum of 7 on the volcanic explosivity index (which has a scale of 1 to 8)&mdash;making it one of the largest known in the Holocene.

7 It's not a total surprise that an Indonesian volcano might be the source of the eruption, Miller says. "An equatorial eruption is more consistent with the apparent climate impacts." And, he adds, with sulfate appearing in both polar ice caps&mdash;Arctic and Antarctic&mdash;there is "a strong consensus" that this also supports an equatorial source.

8 Another possible candidate&mdash;both in terms of timing and geographical location&mdash;is Ecuador's Quilotoa, estimated to have last erupted between 1147 and 1320 C.E. But when Lavigne's team examined shards of volcanic glass from this volcano, they found that they didn't match the chemical composition of the glass found in polar ice cores, whereas the Samalas glass is a much closer match. That, they suggest, further strengthens the case that Samalas was responsible for the medieval "year without summer" in 1258 C.E. 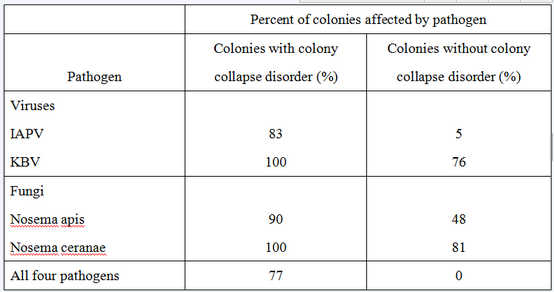 A . demonstrate the concept of the hands-on nature of the work done by scientists.

B . highlight the fact that scientists often write about their discoveries.

C . underscore the sense of importance that scientists have regarding their work.

D . reinforce the idea that the evidence is there and can be interpreted by scientists.

1.Choice D is the best answer. According to Paragraph 2, "That a powerful volcano erupted somewhere in the world, sometime in the Middle Ages, is written in polar ice cores in the form of layers of sulfate deposits and tiny shards of volcanic glass." The phrase "is written in" reinforces the idea that the polar ice caps contain evidence of the volcanic eruption, and that scientists can interpret this evidence by examining the "sulfate deposits and tiny shards of volcanic glass." Choices A, B, and С are incorrect because the author does not use the phrase "is written in" to demonstrate the concept of the hands-on nature of the scientists' work, highlight the fact that scientists often write about their work, or underscore the sense of importance scientists have about their work.

2.How do the words "can," "may," and "could" in the third paragraph help establish the tone of the paragraph?

A . They create an optimistic tone that makes clear the authors are hopeful about the effects of their research on colony collapse disorder.

B . They create a dubious tone that makes clear the authors do not have confidence in the usefulness of the research described.

C . They create a tentative tone that makes clear the authors suspect but do not know that their hypothesis is correct.

D . They create a critical tone that makes clear the authors are skeptical of claims that pyrethrums are inherent in mono-crops.

Choice С is the best answer. When discussing problems with bee colonies, the authors use phrases like "we suspect" ((Paragraph 3)) and "we postulate" ((Paragraph 3)) to show they are hypothesizing reasons for bee colonies' susceptibility to mite infestations. The use of "can," "may," and "could" creates a tentative tone and provides further evidence that the authors believe, but are not certain, that their hypothesis is correct. Choices A, B, and D are incorrect because the authors' use of "can," "may," and "could" does not create an optimistic, dubious, or critical tone.