Many common English words such as shampoo, pajamas and bungalow were first used on theIndian sub-continent and have its origins in the Hindi language. No error

The error in this sentence occurs at (D), where thereis a pronoun agreement error. The singularpossessive pronoun "its" does not agree with theplural noun to which it refers, "words," and shouldtherefore be replaced with the appropriate plural possessive pronoun, "their."

Part or all of the following sentence is underlined; beneath the sentence are five ways of phrasing the underlined material. Select the option that produces the best sentence. If you think the original phrasing produces a better sentence than any of the alternatives, select choice A.

With the 1977 publication of Song of Solomon, Toni Morrison both received popular and critical acclaim.

(A) both received popular and

(B) both received popular and also

(C) received popular, along with

(D) received popular as well as

(E) received both popular and also

Choice (D) is correct. It avoids the error of the original by replacing the awkward and misused "both … and" construction with the much simpler "as well as."

题一、Read the following SAT test question and then click on a button to select your answer.

题二、Read the following SAT test question and then click on a button to select your answer.

Which of the following could be the equation of the function graphed in the xy-plane above? 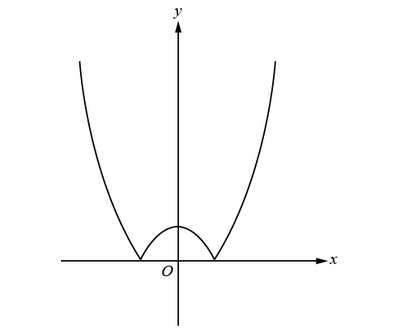 I do not feel terrible about my mistakes, though I grieve the pain they have sometimes caused others. Our lives are “experiments with truth,” and in an experiment negative results are lat least as important as successes. I have no idea how I would have learned the truth about myself and my calling without the mistakes I have made.

Assignment: Is it necessary to make mistakes, even when doing so has negative consequences for other people? Plan and write an essay in which you develop your point of view on this issue. Support your position with reasoning and examples taken from your reading, studies, experience, or observations.

正：At least making mistakes means that you have tried. That is the first step towards success.

反：Making mistakes will strike your confidence and sometimes cause others problems.

补：With aging, people are more and more afraid of making mistakes. Thus, when encountering such people, we sometimes perceive them as heroes.