Assignment: Do people need to spend lesstime with others in order to appreciate them? 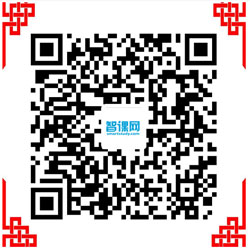 It is universally acknowledged that people tend to set those who are famous as role models since they merely know their achievements, rather than their flaws. When people adore the IQ of Albert Einstein, they have ignored the fact he was a horrible father in the eyes of his children; while people eulogize the founding father of the United States-George Washington, they barely know that his tooth were replaced by that of his slaves. The reason behind all these facts is that the time people spend less with others, the less flaws they could find out. But we ought to spend more time with others to appreciate them since friendship or love is based on understanding, forgiveness, and appreciation.

The more time we spend with others, we could learn more about the merits and demerits of them, which plays a critical role in building up a better relationship. When Britain declared war on Germany in 1939, Alan Turing, a mathematician, was summoned by the Commander Alastair Denniston to join a phtography team to break the cipher created by the Nazis-designed Enigma machine. His colleagues such as Hugh Alexander and Peter Hilton found it difficult to work with him because of Turing's bad temper and pride, which made them feel they were inferior compared with him. As they put aside their prejudice and spent more time with Turing, they realized that he did not mean to insult them, but had no idea about how to get along with them. The more time they worked with Turing, they knew that his talent and naivety were precious.Therefore they put more efforts in helping Turing build up a machine called Christopher to decipher the Enigma machine. They eventually deciphered the seemingly indecipherable code by Nazis, which, undeniably based on everyone's hard work and cooperation. Sometimes we are cynical because we can make rush decision based on the mere facts, which may not be the whole picture if we can wait and see more about others, just like the way Turing's colleagues did to him.

Aside from friendship, the fundamental factor of true love is also time because people need time to figure out the characteristics of their lovers, which could be exemplified by the masterpiece written by Jane Austen. The original name of Pride and Prejudice was First Impression, which came from the first impression the main characters left on each other. Elizabeth Bennet thought Fitzwilliam Darcy was arrogant and rude based on the impression he left on her, and Darcy refused to dance with Bennet, saying she was not handsome enough to tempt him,but later attracted by her witty and humorous mien. As Elizabeth got to know more about Darcy, she gradually relinquished her prejudice toward him and found him being faithful, gentle and generous, which contradicted the short-timeimpression she had. Compared with the impression on Darcy, the other character George Wickham, whom Elizabeth had feeling for in very the beginning, turned out to be a hypocrite as she dug out the truth with time passing by. Hasty love soon cold, whereas the long-lasting true love is based on the time the couplehave shared and experienced. The happy ending created by Austen reminds us that we need not to make decisions in a rush because time will tell.

The friends that have accompanied us more are considered as true friends since we have more time to find out what they characteristics really are, how they behave when we are in joy or sorrow. Time, though cruel and objective,resembles a sun, shining upon the pretty and glorious faces of our friends and those we love, reminding us how lucky we are in the world.