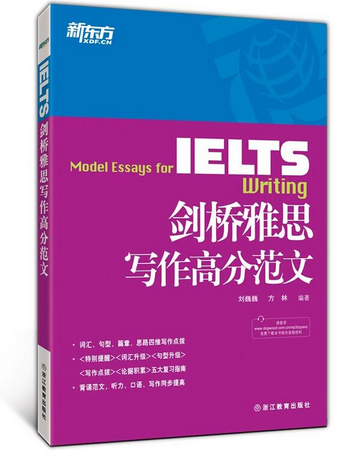 1.In the past, people spent their entire lives doing one job. But nowadays, they

change their jobs frequently. Please give the reasons and your suggestions.

2.What are the main tasks of universities: to offer students knowledge and skills

essential for their future career, or to provide students with access to

knowledge itself?. What do you think university education should contain?

3.Should government pay for medical care and education? Why?

4.What is it in the mass media that has negative effects on teenagers and what

measures should governments take to solve this problem?

5.Nowadays computers are widely used in education. As a result, some people

think teachers no longer play important roles in classrooms. To what extend

do you agree or disagree?

6.Universities should accept equal numbers of male and female students in

every subject. Do you agree or disagree?

7.Some people think that children should learn to compete, but others think that

useful adults. State some reasons for both views and give your opinion. ~

8.The culture of different countries are becoming increasingly similar, so there

experience at home. Do you agree or disagree?

9.Some people think that people will forget their own tradition and history

because they no longer wear their traditional costumes. Do you agree or disagree?

10.Traditional food is undergoing great changes and being replaced by new

11.Some people think the Olympic Games will no longer play an important role

12.In most parts of the world, the volume of traffic is growing at an alarming

rate. Discuss the main traffic problems in your country, their causes and possible solutions.

13.The world of work is changing rapidly. People today no longer take one job

for life. Discuss the causes of these changes. What suggestions would you

make for young people to prepare themselves for the work in future?

14.As science and technology contribute most to the development of society,

science students should get more financial support from government than

students in other fields (eg. business, language, etc.). To what extent do you

agree or disagree with this statement?

15.Nowadays people can use computers to talk, learn and communicate without

leaving home. There is a danger that it will cause more isolation and a lack of

communication among people. To what extent do you agree or disagree with

16.Some people think that machine translation is highly developed in today's

society. Therefore it is not necessary for children to learn a foreign language.

What' s your opinion?

17.Some people say that the age of books has passed; information can be

accessed via videos, computers, television, films and so forth. Other people

think books and written words will still be essential for information

dissemination and education. Discuss both sides and give your opinion.

18.Television is dangerous because it destroys the family tie and community

spirit. It is said by some that television absorbs so much of people's time that

they have no time to talk to each other. To what extent do you agree or

disagree? Give your opinion.

19.People who do not know how to use computer will become more and more

disadvantaged. State the disadvantages and what action governments should take.

20.Scientific and technological advances bring benefits to our daily life.

However, most scientists are no longer able to find the solutions to the

problems they have created. To what extent do you agree or disagree?

21.Intelligent robots will be more widely used in the future. Is this a blessing or a

curse? What is your opinion?

22.The reason why some families don't buy television set is that the parents

23.Newspaper, radio, television and computer each has its merits and drawbacks.

What is the most efficient means of acquiring information? Give your reasons.

24.Some people think science contributes more to the society; others believe

subjects such as language or business make a bigger contribution. What's your opinion?

making people less creative. Do you agree or disagree?

26.Some parents maintain that co-education is better for their children while

others believe it is better if boys and girls go to single-sex school. Discuss..

27.Many schools are troubled by students' behavioral problems. What are the

causes? What solutions do you recommend?