SIMON: The operational cycle goes like this.Each ofthe floats is dropped in the ocean from a boat at aset point and activated from a satellite.Then the floatimmediately sinks about 2,000 metres...that's twowhole kilometres down in the water.It stays at thisdepth for about days and is carried around by thecurrents which operate in the ocean at thislevel.During this time it's possible for it to coverquite large distances but the average is fiftykilometres.

STUDENT 2: So what is it actually recording?

SIMON: Well at this stage nothing,but as it rises to the surface it collects all sorts of data,mostimportantly variations in salinity,that's salt levels,and the changes in temperature,a bit likeunderwater weather balloons.Then when it gets back to the surface all the data it's collected isbeamed up to the satellite.After about five hours on the surface the float automaticallysinks,beginning the whole process again.

STUDENT 1: What happens to the data?

SIMON: Well the information is transferred direct to onshore meteorological stations...like ourone in Hobart...and within four hours the findings can be on computers and they can bemapped and analysed.

1.What kind of things do you always remind yourself to do?

2.What kind of things are easily to be forgotten?

3.How to help yourself remind something?

4.What is the most interesting part about your study/work?

5.Where are you studying?

6.What is your major? Why you choose to study that?

7.Do you work or are you a student?

8.What subjects have you studied? Which one of them is your favourite?

10.What is your ideal house in the future? 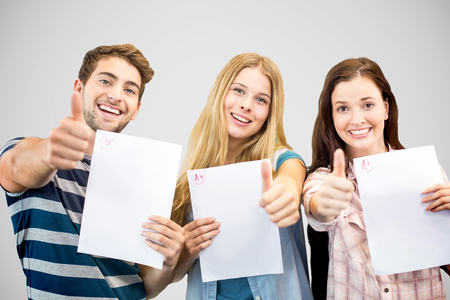 11.What do you feel about your apartment? Do you like the place you live in now?

12.What kind of place do you want to live in the future?

13.What kind of books do you like to read?

14.What kind of books did you enjoy reading in your childhood?

15.Have you ever sent a book to a child?

Describe a shop that just opened in your hometown

Where the shop is

and how you feel about the shop

Where it is located

What people do there

A Bats have a problem: how to find their way around in the dark. They hunt at night, and cannot use light to help them find prey and avoid obstacles. You might say that this is a problem of their own making, one that they could avoid simply by changing their habits and hunting by day. But the daytime economy is already heavily exploited by other creatures such as birds. Given that there is a living to be made at night, and given that alternative daytime trades are thoroughly occupied, natural selection has favoured bats that make a go of the night-hunting trade. It is probable that the nocturnal trades go way back in the ancestry of all mammals. In the time when the dinosaurs dominated the daytime economy, our mammalian ancestors probably only managed to survive at all because they found ways of scraping a living at night. Only after the mysterious mass extinction of the dinosaurs about 65 million years ago were our ancestors able to emerge into the daylight in any substantial numbers.

B Bats have an engineering problem: how to find their way and find their prey in the absence of light. Bats are not the only creatures to face this difficulty today. Obviously the night-flying insects that they prey on must find their way about somehow. Deep-sea fish and whales have little or no light by day or by night. Fish and dolphins that live in extremely muddy water cannot see because, although there is light, it is obstructed and scattered by the dirt in the water. Plenty of other modern animals make their living in conditions where seeing is difficult or impossible.

C Given the questions of how to manoeuvre in the dark, what solutions might an engineer consider? The first one that might occur to him is to manufacture light, to use a lantern or a searchlight. Fireflies and some fish (usually with the help of bacteria) have the power to manufacture their own light, but the process seems to consume a large amount of energy. Fireflies use their light for attracting mates. This doesn’t require a prohibitive amount of energy: a male’s tiny pinprick of light can be seen by a female from some distance on a dark night, since her eyes are exposed directly to the light source itself. However, using light to find one’s own way around requires vastly more energy, since the eyes have to detect the tiny fraction of the light that bounces off each part of the scene. The light source must therefore be immensely brighter if it is to be used as a headlight to illuminate the path, than if it is to be used as a signal to others. In any event, whether or not the reason is the energy expense, it seems to be the case that, with the possible exception of some weird deep-sea fish, no animal apart from man uses manufactured light to find its way about.

D What else might the engineer think of? Well, blind humans sometimes seem to have an uncanny sense of obstacles in their path. It has been given the name ‘facial vision’, because blind people have reported that it feels a bit like the sense of touch, on the face. One report tells of a totally blind boy who could ride his tricycle at good speed round the block near his home, using facial vision. Experiments showed that, in fact, facial vision is nothing to do with touch or the front of the face, although the sensation may be referred to the front of the face, like the referred pain in a phantom limb. The sensation of facial vision, it turns out, really goes in through the ears. Blind people, without even being aware of the fact, are actually using echoes of their own footsteps and of other sounds, to sense the presence of obstacles. Before this was discovered, engineers had already built instruments to exploit the principle, for example to measure the depth of the sea under a ship. After this technique had been invented, it was only a matter of time before weapons designers adapted it for the detection of submarines. Both sides in the Second World War relied heavily on these devices, under such codenames as Asdic (British) and Sonar (American), as well as Radar (American) or RDF (British), which uses radio echoes rather than sound echoes.

E The Sonar and Radar pioneers didn’t know it then, but all the world now knows that bats, or rather natural selection working on bats, had perfected the system tens of millions of years earlier, and their ‘radar’ achieves feats of detection and navigation that would strike an engineer dumb with admiration. It is technically incorrect to talk about bat ‘radar’, since they do not use radio waves. It is sonar. But the underlying mathematical theories of radar and sonar are very similar, and much of our scientific understanding of the details of what bats are doing has come from applying radar theory to them. The American zoologist Donald Griffin, who was largely responsible for the discovery of sonar in bats, coined the term ‘echolocation’ to cover both sonar and radar, whether used by animals or by human instruments.

Which paragraph contains the following information?

Write the correct letter, A-E, in boxes 1-5 on your answer sheet.

2 how early mammals avoided dying out

3 why bats hunt in the dark

4 how a particular discovery has helped our understanding of bats

Blind people report that so-called ‘facial vision’ is comparable to the sensation of touch on the face. In fact, the sensation is more similar to the way in which pain from a 6……………arm or leg might be felt. The ability actually comes from perceiving 7……………through the ears. However, even before this was understood, the principle had been applied in the design of instruments which calculated the 8………………of the seabed. This was followed by a wartime application in devices for finding 9…………………………

Choose NO MORE THAN TWO WORDS from the passage for each answer.

10 Long before the invention of radar, …………… had resulted in a sophisticated radar-like system in bats.

11 Radar is an inaccurate term when referring to bats because………… are not used in their navigation system.

13 The word ‘echolocation’ was first used by someone working as a ……… .

定位原文：B段第2句: “Bats are not the only creatures to face this difficulty today”.

关键词: why … hunt in the dark

定位原文: E段倒数第2句话 “… and much of our scientific understanding of the details...”

定位原文: D段倒数第2句和最后1句: “After this technique had been invented....” “Both sides in the Second World War ...”

定位原文: D段第5句 “… like the referred pain in a phantom limb”

定位原文: D段第6句、第7句 “The sensation of facial vision… the presence of obstacles”.

定位原文: D段倒数第3句: “… for example to measure the depth of the sea under a ship”

2、 Many employees may work at home with the modern technology. Some people claim that it can benefit only the workers, not the employers. Do you agree or disagree?

3、The detailed description about crime will affect the people and cause many social problems. Some people say that the media should be strictly controlled. Do you agree or disagree?

4、Many people say that we have developed into a “throw-away” culture, because we are filling up our environment with so many plastic bags and rubbish that we cannot fully dispose of. To what extent do you agree with this opinion and what measures can you recommend reducing this problem?

5、Some scientists believe that studying the behaviour of 3-year-old children can tell which children would grow up to be criminals. To what extent in your opinion is crime a product of human nature or is it possible to stop children from growing up to be criminals?

6、Some people think that people moving to a new country should accept new culture in the foreign country rather than living as a separate minority group with different lifestyle. Do you agree or disagree?

7、Children who grow up in families which are short of money are better prepared with the problems of adult life than children who are brought up by wealthy parents. To what extent do you agree or disagree?

8、The only way to improve the safety on our own road is to have stricter punishment for driving offenders. To what extent do you agree or disagree?