1.Why do people go to these historical places?

I think one of the reasons is that people want to learn more about the history of this place. You know this places were usually constructed under certain historical context. For example, the Great Wall was built for defending against enemies in Qin Dynasty. When you stand on the Great Wall, the tour guide might tell lots of historical stories related to it.

2.Can you tell me something about historical music or films?

There are bunches historical music or films regarding to Sino-Japanese War. Although we now live a pretty peaceful life, many of Chinese population were slaughtered decades ago in Sino-Japanese War. So these films remind us of the history of that time period. For example, the film “Don Cunrui” does show us the story of a hero who hold the explosive to bomb out a blockhouse, sacrificing himself. These heroes should not be forgot.

3.Is there any implied meaning of this building?

Bird’s Nest looks like a nest, which we can know from its name. A bird nest is the spot in which a bird lays and incubates its eggs and raises its young. So this building does have the meaning of taking good care of life. It also looks like a cradle, which do have the meaning of good wishes for future. And one of the special part of the construction is that there is no column and the whole building is connected with web structure. I guess it means that something amazing might happen in this sports arena.

4.What should government do if someone is against the proposal to restore the historical buildings

I think government should try to increase these people’s awareness of protecting historical buildings. You know these buildings are usually of long histories, some of which can even be dated back to hundreds years ago. So it is common that these places need certain degree of restoration, or they might collapse or have similar problems. So the government should, first, tell those who against the proposal some possible problems these historical buildings are facing now. And, to convince them, government should also show these people the cultural and historical value of these buildings.

5.Does everyone think old buildings are important?

No, not everyone. Some of us might think these buildings are shabby. Usually they are not well-quipped and the design is always outdated. That’s why many people living close to Nanjing Rd. in Shanghai always hope government can implement house demolition in that region. You know, they are currently living in very old buildings, having to share restrooms and kitchens with others. Many of them choose to move out and rent out these old buildings to those from rural areas.

6.From your perspective, do Chinese like visiting History Museum?

Not really. Take myself as an example. I am a person who are not interested in history. You know, when I was a student, I always fell asleep in the history class. So, it is likely for me to visit a “History” Museum even if it is free. And many of my friends do not have any interests in history, either. People are more willing to visit some other kinds of museums such as Shanghai science and technology museum. In this museum, people can not only learn some knowledge regarding to animals, astronomy and the like, but also can experience some interesting facilities.

7.What kind of buildings should government protect and preserve?

I think government should protect and preserve the buildings of historical and cultural values. You know, these buildings can be great tourist attractions, where people can learn more about local history and cultural. My middle school used to organize a visit to the Site of the First National Congress of the Communist Party of China. During this visit, we knew about the origin of the Communist Party of China, some interesting historical stories and so forth. In addition, these buildings can be a great revenue source by selling admission tickets or souvenirs.

8.Should people pay to visit it?

Yeah, I think so. You know preserving these buildings requires a large amount of capital investment, since they are usually built long time age and are in poor physical conditions. More efforts and money are need to maintain or renovate these old buildings. And by selling admission tickets, government can gain enough revenue for maintenance. 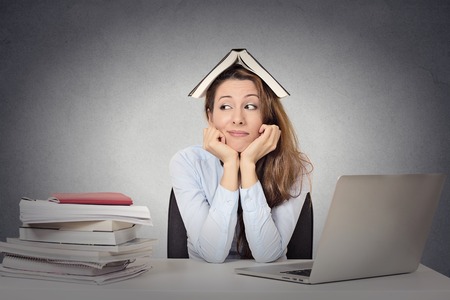 9.Should government pay for everyone?

No, of course not. I think government should pay for those disabled. This group of people are usually of poor financial condition and cannot afford to visit these buildings. However, for ordinary citizens like me, the ticket price like 50 RMB is not a problem at all. You know, the average salary of Shanghai has over 8000 RMB/month. So, the government doesn’t need to pay for us. Of course, some discounts should be offered, which might encourage us to take more visits.

10.What are the attitudes of young people and elderly people toward these buildings?

How about you?I think elderly people may have more interests I these buildings. One of the most important reasons is that they might witness the “rising up” of the building, know more about its origin and history and so forth. For example, my parents always mentioned Park Hotel which used to be the tallest building in China. They always told me that in the past, only those rich people could afford to take a mean there. They honor it pretty much, whereas I do not have any special feeling of it. You know, numerous high-rises are taller and looks more magnificent than this old building.

11.What’s the influence of historical buildings?

12.What kind of historical sites do young people in China like?

I think young people might prefer the historical sites that are interesting and sell varieties of souvenirs. For example, I like City God Temple of Shanghai, where I can purchase lots of souvenirs and try different special snacks like candied haw, soup dumplings and so forth. It is said that City God Temple was built during Three Kingdom Period and reconstructed during Yongle reign of the early Ming dynasty. Many tourists might choose to take a visit of City God Temple when they are in Shanghai.

13.How can people discover historical sites?Usually these historical sites are discovered by archeologists’ excavation. You know archeologists would do lots of excavation in potential historical sites. By analyzing the artifacts they got from these sites, they can get some basic information like when these sites originate, whether it is a tomb for officials and so on. Sometimes these tombs have been emptied by tomb raiders and left nothing valuable for archeologists. It is said that these raiders employ Wu Xing and the Eight Trigrams to pinpoint possible historical locations.

14.How can Chinese students learn history?

One way Chinese student learn history is by taking history class. History classes are offered from middle school to undergraduates. If a student is interested in history, he/she can take more history classes as elective classes. Also, students can take visits of historical places to learn something that are not concluded in textbooks.

Not really. I still remember that my history teacher in high school is an old with strong accent of Hebei Province. I always felt boring and felt asleep in his history class. One reason behind that is what he was not good at using electronic devices in the class room, such as computer, projector and so forth, so his method of teaching was a little bit outdated and tedious.

16.How can teachers improve their skills in history classes?

They should be with the students more often and listen to their opinions. If I could have a talk with my prior history teacher, I might suggest him to learn some skills of electronic devices. You know, current electronic devices in classroom are easy to operate. What he needs to do is to ask some young teachers to teach him how to use some of them, and do some practice. In this way, his history class might be much more interesting.

17.Is it important for people to know about the history of their own country?

Yeah, of course. If a Chinese know nothing about china’s history, he/she cannot be called a Chinese. History is always one of the hot topics in daily life. For example, my parents usually talk about China’s Cultural Revolution and its advantages and disadvantages. You know, in these discussion or talks about histories, people review what happen in the past and figure out what they should do to prevent similar mistakes and live a better life. I think this is the most significant benefit of knowing the history of our country.

18.How do people know something about historical places?

19.What are the two most famous historical places in your country?

I think two most famous historical places is the Forbidden City in Beijing and Terra-Cotta Warriors in Xi’an. The Forbidden City was the Chinese imperial palace from the Ming dynasty to the end of the Qing dynasty. The palace complex exemplifies traditional Chinese palatial architecture. And another famous one is Terra-Cotta Warriors. It is a collection of terracotta sculptures depicting the armies of Qin Shi Huang, the first Emperor of China. It is a form of funerary art buried with the emperor in 210–209 BCE and whose purpose was to protect the emperor in his afterlife. People can learn quite a lot Chinese history from these two places.

20.Can films help people know something about historical places?

Yeah, definitely. Films would manifest different parts of historical places from an aesthetic or artistic perspective. For example, in the film named “Burning Old Summer Palace”, people may know lots of the history of the Old Summer Palace. And most of the plots were taken in the “real” Palace Museum. So by watching this film, people can know more about the inner structure of the palace, its inner decoration and so on.

21.Do we need to punish someone who damages historical places?

Yeah, I think so. You know many of historical places are of long history and built decades ago. If some parts of them get damaged, it is usually hard to repair them to its origin appearance. The lost caused by misbehavior like scribing on the historical Monument is irreparable. Also, everyone should be responsible for their behavior. So just like getting a fine for running a red light, people should get punishment for damaging historical places.

22.Despite The Forbidden City and museums, what can be categorized as historical places?

Like I have mentioned, I think Terra-Cotta Warriors can be categorized as historical places. It is a collection of terracotta sculptures depicting the armies of Qin Shi Huang, the first Emperor of China. It is a form of funerary art buried with the emperor in 210–209 BCE and whose purpose was to protect the emperor in his afterlife. And the warriors, horses and other architects are recognized as a world cultural legacy.

23.Are there any historical places in your hometown?

Yeah, City God Temple is one of the historical places in Shanghai. There I can purchase lots of souvenirs and try different special snacks like candied haw, soup dumplings and so forth. It is said that City God Temple was built during Three Kingdom Period and reconstructed during Yongle reign of the early Ming dynasty. Many tourists might choose to take a visit of City God Temple when they are in Shanghai.

24.Which one do you prefer, natural sceneries or historical places?

From my perspective, I prefer natural sceneries. You know these places are usually of beautiful views. I and my husband often choose to travel to the places with charming beaches and sea. For example, last year, I and my husband took our daughter to Bali. All of us enjoyed this trip pretty much—it has several beautiful beaches, fresh sea food and so forth.