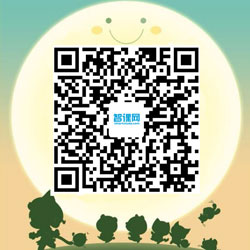 The computer are widely used in education and some people think teacher are not play important role in the classroom . to what extend do you agree? (agree/disagree)

nowadays, the computer is rapidly growing in its popularity in education for its marvelous functions. however, the problem has become one of whether teachers or computers enjoy a vital role in education, which has aroused wide concern in public. yet i am, and probably always will be amazed when i hear people saying that teachers are no longer important in education with the advent of computers. deep down, i guess this might be a plausible hypothesis were it not for the following points.

on a substantive level, it is often the case that teachers can benefit students in many ways that computers cannot. indeed teachers often bring students a host of knowledge and ideas out of text books, such as ethics, issues in human behavior and such kind of things. even if there were no hard evidence to support the point that teachers are usually serving as the guide for students, a role which can never be performed by computers, there are plenty of vivid examples that support it. when i was studying in the high school, one of my teachers helped me with my study and taught me how to deal with difficulties in my life as well. so these benefits are impossible to be gained from computers.

in addition, a more subtle point can be made is that young students are more susceptible to the adverse influence of computers. it is a general principle that juveniles usually lack in the sense of judgment to tell right from wrong. so they may be more likely to be distracted from study by the lure that comes along with computers. therefore, teachers are superior to computers in cultivating students.

although it is all very well to suggest that teachers invariably enjoy the most critical role in fostering young people, let us not lose sight of the dramatic merits brought on by computers. and computers do open the frontiers of the development of education.

nevertheless, i am still inclined to take sides with the opinion that teachers can never give way to computers. as is so often pointed out, the significant thing is to make computers facilitate teachers’ job.