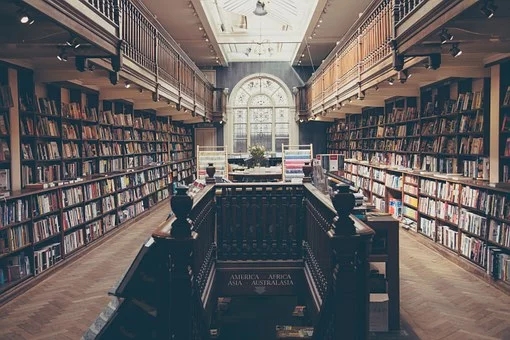 1.Why did you choose that form of transport?

Since I am a student without any earnings, I always choose public transportation, such as bus and subway, which saves me money. Taking public transportation is very convenient, since it is nowperfectly developed in my city. Besides, when weather permitted, I would choose to ride a bike. Itis the most environmental-friendly way of transportation and my favorite way of sport, whichbrings me a lot of fun.

2.What form of transport do you usually use?

I usually choose to ride a bike. In recent years, the business of shared bicycles is very popular in China, especially in big cities, so we can find shared bicycles almost everywhere, which is quite convenient and economical. I also enjoy going cycling to the parks with my friends at weekends.We cycled slowly so that we never missed the beautiful scenery along the road. That is my favorite way of sport. Cycling makes me healthier.

3.What vehicles (or what means of transport) do people in China most often choose to use?

Generally speaking, people in China prefer to go out by bus or subway. China is a country with alarge population. If everyone chooses to use private transportation, that would cause terrible trafficjam and severe air pollution. So, now more and more people choose the eco-friendly way to go out.The government has controlled the price of public transportation in order to encourage people to take them, so that they would be more preferred.

4.What do you think of the transport situation in your hometown?

The transport situation in my hometown is not bad. Although there could be some traffic jam inrush hours, the traffic is smooth at any other time. The elevated road and subway line help to reducethe travel time greatly. Besides, the government pays great attention to build more trafficlines,which makes some remote areas be also accessible to us, so it is more and more convenient for us to take public transportation.

5.Would you say transport costs are high in your hometown?

6.How has the transport system in your hometown changed in the past few decades?

The transport system in my hometown changed a lot recently. Several decades ago, people prefer to take buses. Now, because of the construction of subway traffic, people can choose to take thesubway, which is faster and more convenient. Bicycle becomes one of the modern ways of transportation in recent years. Since more and more people get the awareness of environment protection, they regard bicycles as their first choice.

7.What's the most popular means of transportation in your hometown?

Most people in my hometown travel by metro, which has now become the most useful and popular means of transportation. As far as I know, we so far own 17 lines of metro extending in all directions including rural and suburb areas of the city, and there are still some lines underconstruction.

8.How often do you take buses?

Generally speaking, I take buses twice a day since I commute to work. Normally I spend one hour to travel by bus if there’s no traffic congestion. But on weekend I prefer metro since it is accessible in all directions of the city, which is much faster and more convenient.

9.Can you compare the advantages of planes and trains?

Sure. Traveling by flight takes less time and it’s considered to be safer than taking a train since thereis a very small risk of plane crashing. While traveling by trains saves more money and it provides frequency departure and relatively flexible timetable than flight does.

10.Is driving to work popular in your country?

Yes, it’s quite common to drive to work here. With the increase of our living standard, cars are becoming afford able to most people, no matter singled or married. Most importantly, teeming underground carriages are unbearable indeed during rush hours compared to traffic queues on highway.

11.Do you think people will drive more in the future?

Well I don’t think so. Realizing the situation of our severe traffic congestion and perfect public transportation system, I believe people will get rid of private transportation to some extent. By theway, parking difficulty is another serious problem facing those prefer to drive.

12.Would you ride bikes to work in the future?

Yes, I think I will take this choice unless my working place is really far away from home. It must be good to start a day’s work with the wonder of cycling. Besides, riding to work avoid traffic queues and teeming underground carriages, which keeps me in good mood.

13.What will become the most popular means of transportation in China?

Considering the large population and the large number of vehicles, subway will become the most popular means of transportation in China. More and more cities in China have been constructingrail transit systems. It's cheap, fast and convenient. For instance, I can go to almost every area in Shanghai by subway.

From my perspective, I prefer public transportation since it is economic, efficient and environmental-friendly. Besides, along with the comprehensive public transport, our traffic modesturn to diversity: metro, buses and share bikes, which makes it no need to take private transportation.