The graph below gives information about international tourist arrivals in five countries. 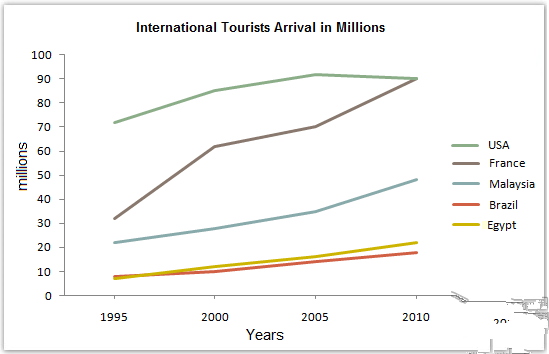 In conclusion, France as a tourists' destination got more popular over time USA and France had the largest number of international tourists among the given 5 countries.