The diagrams below show the life cycle of the silkworm and the stages in the production of silk cloth. 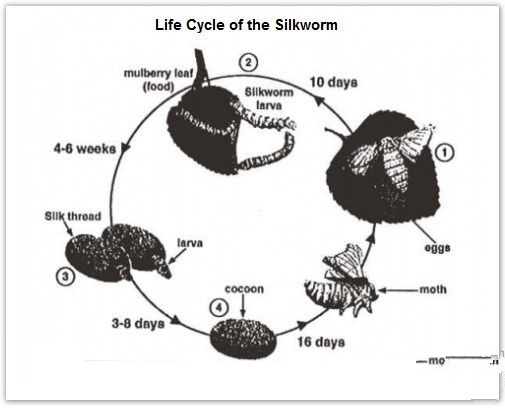 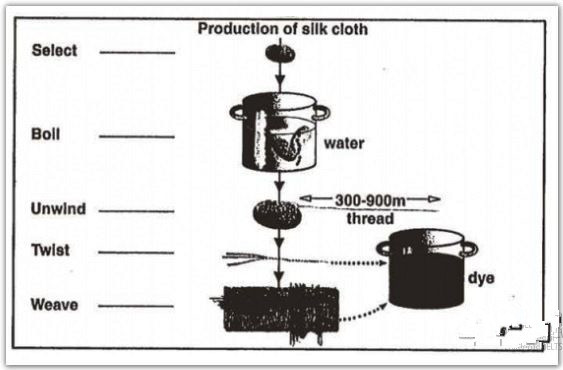 The given pictorials show the life cycle of the silkworm and also shows the processes of silk cloth productions.

The life cycle of a silkworm begins from the eggs laid by the mother worm and from these eggs the silkworm larva are generated after 10 days. The silkworm larva usually eats leaf like mulberry leaf and completes the second stage of the life cycle in 4-6 weeks. In their third stage, they create silk thread shells and remain there for another 3 to 8 days and then create an oval cocoons. The cocoon-stage lasts for around 16 days and they become moth in the final stage. With time the moths become grown-up and recycle the processes again.

The second picture describes the processes of the silk cloth production which has more than 5 stages. In the initial stage, the silk thread shells of the silk worm are selected and then boiled in the next stage. After boiling in water the threads are unwinded and they are usually 300 to 900 meter long. Then these are twisted and dried and finally those are weaved to silks. The twisting, drying, weaving and then drying again process is done more than once as per necessary to produce fine quality silks.