The table below shows the figures (in thousand) for imprisonment in five countries between 1930 and 1980.

Write a report for a university, lecturer describing the information shown below. 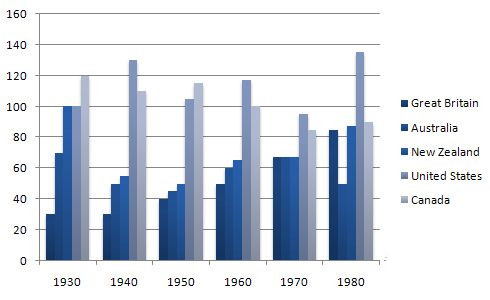 In summary, over the 50 years period the crime and imprisonment number got worse in US and Britain while Australia, Canada and New Zealand did some progress in it. In 1980, Australia had the least number of prisoners which indicate their improvement in law and order.