1.In her later years, Bertha Pappenheim was an apostle of noble but already (i)_______ (Choose from A, B, C) notions, always respected for her integrity, her energy, and her resolve but increasingly out of step and ultimately (ii)______

The sentence is clearly conveying a contrast since "but" is used twice to indicate something positive and something negative about Pappenheim. The clue to the negative aspect is in the later part of the sentence, where "out of step" leads both to "anachronistic" as the answer for the first blank and "alienated from" as the answer for the second. Thus, the correct answer is anachronistic (Choice A) and alienated from (Choice F).

2.The reception given to Kimura's radical theory of molecular evolution shows that when________ fights orthodoxy to a draw, then novelty has seized a good chunk of space from convention.

The sentence sets up two parallel, contrasting concepts. The word in the blank must contrast with "orthodoxy," and since "convention" in the second contrasting pair is synonymous with "orthodoxy," the correct answer should be roughly synonymous with "novelty." The word "invention" is the best choice. Thus, the correct answer is invention (Choice D).

1.For the following question, consider each of the choices separately and select all that apply.

2.Select the sentence in the passage in which the author introduces a specific Nahuatl mode of expression that is not identified as being shared with certain European languages.

In the context in which it appears, "coinages" (Paragraph2) most nearly means 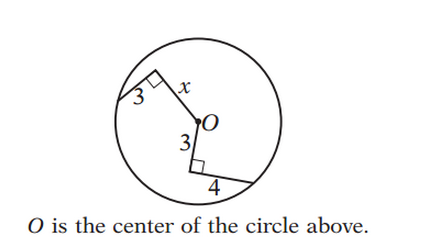