Success, whether academic or professional, involves an ability to survive in a new environment and, eventually, to change it.

Many wonder the intrinsic impact of industrial revolution over the last century. Is it a blessing or a curse? Ever since the invention of steam engine, mass production enabled factories to make out products in a madly efficient manner, while machines also supplanted innumerous traditionally skilled artisan, forcing them out of work. Gone are the days when they boasted of their craftsmanship that they assumed to be able support their family all their life. Consumers became more aspiring to novel design instead of durability as goods were made to be discarded.

Hundreds years later, with the first installation of integrated circuit on the chip, another profound turnover took place. Now the computer pervades our life so much that one may find himself half illiterate in absence of input skill. This time, thousands of jobs were created in Silicon Valley, transforming some of the few into billionaire over one night. Nevertheless, the original inventor might not expect that the ensuing slow down and thus recession in IT sector would approach so soon in less than 10 years, which is obviously less than a presumable 15 years time normal for a periodical change.Positive or negative, one mark that characterizes the technological bombardment indicates a constant fact: changes exist ubiquitously and operating at an ever-increasing tempo; those who fail to catch up with the torrent of change would ineluctably engulfed by billows, floating no where and eventually dissolve as negligible bubbles.

Favors as well as opportunities goes to who adapt to the contemporary trend. Fully recognizing this axiom, long before the scientists announced accomplishment of sketches of human genes or earlier successful cloning of Doris, candidates preparing for university admission have smelt the sense. Today, in the U.S., biology and its branch disciplines become the first choice for top students of senior high, determining that this subject, foretold as the third wave in technology, could bring them brilliant future as “Bill Gates” dreamt the same in the previous wave. 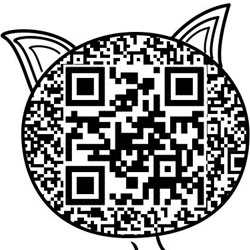 In addition to academic realm, respect would be paid to people who though deprived of their past secure professions, choose not to be a loser in the whimsical society. Like the artisans who lost jobs, a vast number of skilled laborer in China’s city of Wengzhou have undergone darkness and depression in those old days. However, after years of endeavor and refinement, they prove their value again. By accurately posit the economic trend and market demand, they play an active role in almost all economic sectors, garments, catering and lodging, hi-tech industry, you name it.

While ability honed in surviving the fickleness of the world makes the path through success shorter, it is essential for the more ambitious to acquire the pith of reformist and lead the trend. In this way, it could help him distinguish from the mediocracy and platitude. This is absolutely not an easy task. Inborn insight and foresight are needed to tell uncommon out of the commonplace; extraordinary perseverance and encouragement is a must to face the coming challenges against his iconoclasm. Very few people crowned with triumph possess this quality, whether the Nobel Prize winner or those who makes coverage on the Times.

In sum, as shown in the course of history, success, whether academic or professional,involves an ability to surviving in a new environment and---, eventually, ---to change it.Now some elite persons have again forecast that another social change is impending.Are you ready for that?