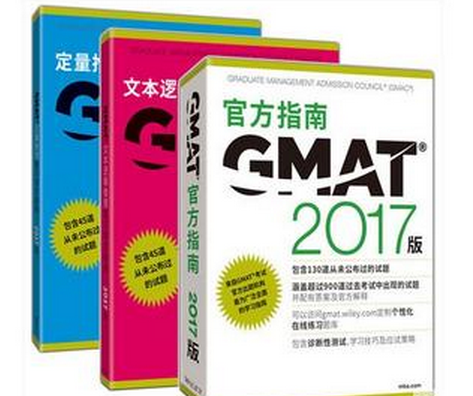 Which of the following, if true, would most strengthen the argument that Candle Corporation will receive more income from advertisers?

(A) Advertisers carefully monitor the demographic characteristics of television audiences and purchase advertising time to reach the audiences they prefer to reach.

(B) Among people over 49 years old, fewer viewers of Candle stations buy products advertised on television than do viewers of other stations.

(C) There will be increasingly more advertisements on television that are directed at viewers who are over 49 years old.

(D) Candle stations plan to show reruns of television shows during hours when other stations run shows for the first time,

(E) People 18 to 49 years old generally have less disposable income to spend than do people over 49 years old.

Situation Both the number and the percentage of Candle television viewers who are 18 to 49 years old are increasing. Advertisers prefer to reach people in this age group.

Reasoning What evidence, when combined with the cited facts, would most support the prediction that Candle will receive more income from advertisers? The argument assumes that the increasing number and percentage of Candle viewers in the age group that advertisers prefer to reach will probably encourage advertisers to spend more on advertising with Candle. This assumption could be supported by evidence that the advertisers realize that Candle is getting more viewers in that preferred age range or by evidence that this awareness will influence the advertisers’ purchase of advertising time.

B This gives advertisers less reason to advertise on Candle to reach viewers over 49 years old. Other things being equal, that makes Candle likely to receive less income from advertisers, not more income.

E This gives advertisers less incentive to try to reach audiences between 18 and 49 years old and hence less reason to purchase advertising on Candle.

The correct answer is A.

The correct answer is D; each statement alone is sufficient.

The correct answer is B; statement 2 alone is sufficient.

The correct answer is D.

Recent interdisciplinary studies advance the argument that emotions, including those deemed personal or private is a social phenomenon, though one inseparable from bodily response.

(A) private is a social phenomenon, though one inseparable

(B) private, are social phenomena that are inseparable

(C) private are a social phenomenon but are not those separable

(E) also as private emotions, are social phenomena not inseparable

The main problem is one of agreement: in the subordinate clause starting with that, the subject is the plural emotions, which demands the verb are, not is. Also, the phrase starting with including is a parenthetical expression that needs to be set off from the rest of the clause, with some punctuation to indicate a pause at its end (after private).

A The verb form is is incorrect, and should instead be are; the parenthetical expression is not separated at its end from the rest of the clause.

B Correct. Are is the correct agreeing verb form, and the comma after private correctly sets off the parenthetical expression.

C Are is correct, but nothing after private sets off the parenthetical expression from the subsequent material. In addition, not those separable is awkwardly phrased; it would be better as not separable or inseparable as in the correct answer choice B.

D The dash would be correct to set off the parenthetical expression only if including had been immediately preceded by a dash; otherwise a comma is needed. The phrase not separable is awkward; it would be better as are not separable or are inseparable.

E The phrase also as private emotions is wordy and unidiomatic. The phrase social phenomena not inseparable not only does not express the intended meaning, but is also awkward without a verb and a relative pronoun such as that: a better phrasing is social phenomena that are not separable.

The correct answer is B.

Line Much research has been devoted to investigating

Previous consumer research suggests that both the

price of a new product and the way it is advertised

(5) affect consumers’ perceptions of the product’s

performance risk (the possibility that the product will

not function as consumers expect and/or will not

provide the desired benefits). Some of this research

has concluded that a relatively high price will reduce

(10) a consumer’s perception of the performance risk

associated with purchasing a particular product,

while other studies have reported that price has little

or no effect on perceived performance risk. These

conflicting findings may simply be due to the nature

that the presentation of an advertised message has a

marked effect on the relationship between price and

(20) of the credibility of the source of an advertised

found that the greater the source credibility, the lower

the consumer’s perception of the risk of purchasing

(25) an advertised new product. However, past research

suggests that the relationship between source

credibility and perceived performance risk may be

price in a subtle way to affect consumers’ judgments

(30) of the performance risk associated with an advertised product.

415. According to the passage, the studies referred to in line 12 reported which of the following about the effect of price on consumers’ perception of the performance risk associated with a new product?

(A) Although most consumers regard price as an important factor, their perception of the performance risk associated with a new product is ultimately determined by the manufacturer’s reputation.

(B) Price interacts with the presentation of an advertised message to affect perceived performance risk.

(C) Price does not significantly affect consumers’ perception of the performance risk associated with a new product.

(D) Consumers tend to regard price as more important than the manufacturer’s credibility when they are buying from that manufacturer for the first time.

(E) Consumers are generally less concerned about a new product’s performance risk when that product is relatively expensive.

416. The “past research” mentioned in line 25 suggests which of the following about perceived performance risk?

(A) The more expensive a new product is, the more likely consumers may be to credit advertised claims about that product.

(B) The more familiar consumers are with a particular manufacturer, the more willing they may be to assume some risk in the purchase of a new product being advertised by that manufacturer.

(C) Consumers’ perception of the performance risk associated with a new product being advertised may be influenced by an interplay between the product’s price and the manufacturer’s credibility.

(D) Consumers may be more likely to believe that a product will function as it is advertised to do when they have bought products from a particular manufacturer before.

(E) The price of a particular advertised product may have less impact than the manufacturer’s credibility on consumers’ assessment of the performance risk associated with that product.

417. The passage is primarily concerned with

418. Which of the following, if true, would most tend to weaken the conclusions drawn from “some of this research” (see line 8)?

(C) In a subsequent study, the products that consumers perceived as having a lower performance risk were priced higher than the highest priced products in the previous research.

(E) Researchers found that the higher the source credibility for a product, the more consumers were willing to pay for it.